After the killing of George Floyd in late May of 2020, issues surrounding racial equity sprung up across America, including in many media organizations. Newsrooms vowed to improve the diversity in their ranks, and a flood of attention was focused on products and ventures created by and for people of color.
Newmark Graduate School of Journalism Link to Story

Why journalists are flocking to newsletters

Taking a leap of faith during a pandemic

How the Executive Program in News Innovation and Leadership encouraged this German journalist to find a job with more impact in 2020. The goal was to create a hybrid between a local news site and a social media platform, in the style of Nextdoor. Droessler’s background was in journalism, and he says he was given little instruction other than to “please, make it work somehow.”.
Newmark Graduate School of Journalism Link to Story

Audience engagement in journalism can refer to everything from social media outreach to innovative methods of distributing information for greater impact. At THE CITY, a non-profit newsroom covering New York City, one project launched in collaboration with engagement journalism students at the Newmark Graduate School of Journalism at CUNY is reframing what local news can look like.
Newmark Graduate School of Journalism Link to Story

It’s Time to Retire the Man on the Street

Since its debut in 2014, HBO’s Last Week Tonight With John Oliver has routinely pushed the boundaries of what a topical comedy show can be. Its deep-dive segments, which now often nudge the show beyond its designated half-hour slot, are famous for tackling the obscure, convoluted, and underreported.
Vulture Link to Story

A Stand-Up Talks About Depression. He Hopes You’ll Laugh.

The title of Chris Gethard’s new solo show, “Career Suicide,” and its accompanying poster — he’s seen with a cartoon noose around his neck — might seem like an odd choice for a comedy. But, as Mr. Gethard’s fans have come to learn, it’s an apt title for a comedian whose work often addresses his struggles with depression and anxiety and whose career has had its share of twists and turns.
The New York Times Link to Story

Stand-up comedy may have been born in the United States of Vaudevillian heritage, but the format’s simplicity and endless flexibility have attracted fans and followers across the globe. In Saudi Arabia, its popularity can be attributed to one man. Fahad Albutairi is often credited as the first Saudi to perform stand-up comedy professionally, following a performance in 2008. Now the 30-year-old comic lords over a massive YouTube empire that has racked up nearly a billion hits. His next challenge is to change the way Saudis view entertainment forever.
GOOD Magazine Link to Story

On the Hour: The State of the Stand-Up Comedy Special

A stand-up special has long been a sign of arrival in the comedy scene, informally marking someone as a “comic of note.”. Whether an audio-only album or a taped performance for TV or cinemas, the “hour” has been the foundation of many successful stand-up careers. With the rise of alternative forms of production and distribution online, a comedian can now just as easily use a series of six-second Vines or a 180-minute podcast as a calling card.
Grantland Link to Story

The Cluelessness of Claiming Silverman Shouldn’t Be Dirty

According to Brian Lowry at Variety, “being as dirty as the guys” is the worst thing that Sarah Silverman can do for her career. This Sarah Silverman?
Splitsider Link to Story

A Fighter's Comedy Show: the Oral History of 'Tough Crowd'

2013 has brought an unprecedented wave of new late night shows. Most stick to the tried and true late night format of scripted segments and celebrity guests, or.
Splitsider Link to Story

A Chat With Writer Jon Ronson

Bestselling British author and documentary filmmaker Jon Ronson has found his way into the weirdest corners of society. His first book, Them: Adventures with Extremists, found him searching for the secret elite group that many extremists believe rule the world.
The Awl Link to Story
View More Stories

Currently, I write the "Need to Know" newsletter for the American Press Institute, which explores trends in journalism at home and abroad. I also write content for the Craig Newmark Graduate School of Journalism at CUNY about subjects like journalism entrepreneurship, newsroom leadership, audience engagement, and diversity, equity and inclusion. 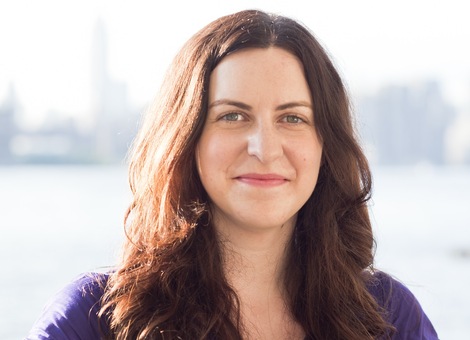